All the silly and petty things you’ll argue with your housemates about.

Sharing a house with some of your mates at uni is one of the greatest things you can experience. Banter on tap, awesome company, and hilarious nights-out together are some the things we all envisage happening when you’re living under one-roof with your bezzies. However it’s not all plain sailing living together at uni: we address some of the most contentious issues that are guaranteed to cause a bit of tension in the house.

There’s two types of people who hate doing washing up. One type is the stacker. They stack and stack their pots and pans, seemingly trying to recreate the Tower of Babel, and if questioned about it they’ll always respond, ‘I’ll do it later’. But surprise, surprise, they never do. The other one is the the person who chucks all their stuff in the sink, with complete disregard for others. Their mess will lie in the filthy, stagnant water and if you manage to probe them about the mess, they’ll tell a porky and blame it on someone else.

There’s always going to be a housemate who complains about the arctic tundra temperatures they’re experiencing, and demands the heating gets turned on. And there’s always gonna be that housemate who’s adamant that the heating shouldn’t be turned on and claims that the person is a wimp, and should wear a jumper. You’ve got a tough choice: blow your money on making your home a nice, toasty residence or be a tight-arse and be forever wearing knitted ponchos.

This is one of those things that’s awkward to mention to your housemates about. A ‘mate, do you mind not taking so long in the shower?’ would most likely get a response of two fingers in your direction and a sharp profanity uttered in your direction. But problems do tend to arise – especially when you’re sharing only one shower between several of you. You’ll moan about the person who always take liberties over how long their shower is, and don’t get me started on the amount of hair that accumulates in the drain.

This may not immediately be a source of tension, but trust me when I say it can develop to that stage. One day you open the fridge and it’ll be organised in a manner that even Gordon Ramsay himself would compliment you on. The next day you open the fridge and that organisation has gone out the window: sausages are in the veggie department, random berries will be on every shelf, and then you find COOKED CHICKEN NEXT TO RAW CHICKEN!? You f–….*cue Gordon Ramsay Kitchen Nightmares rant*

This is one you’ve probably already experienced in halls. The bins have been steadily filling up, a stench is slowly seeping from it, but everybody has so far remained silent on the subject. On the odd occasion, you do get one housemate who goes ‘We should really take the bins out’ (but despite suggesting it, doesn’t do it themselves). The reality is this: taking the bins out is like a big game of stinky jenga, where it just takes one person to topple the overflowing mess and they have lost. 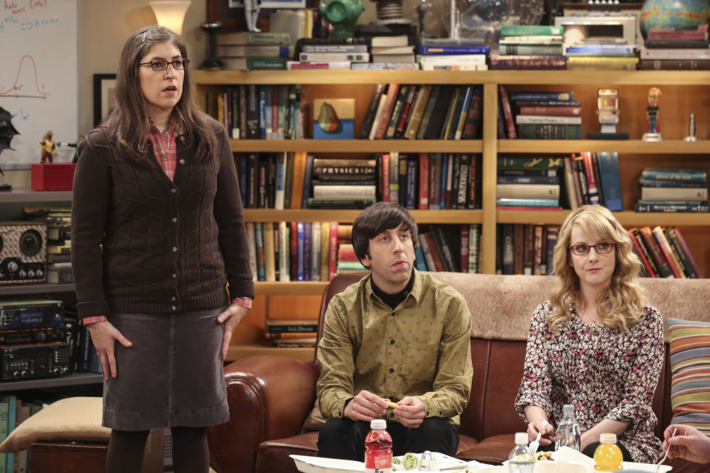