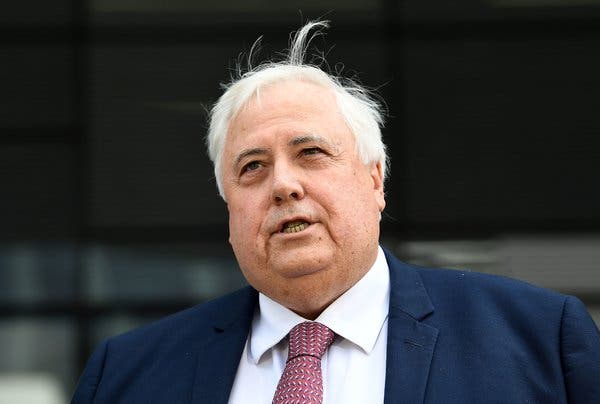 Would you buy a ticket for the Titanic?

That’s a dream or a nightmare, depending on who you are, but a colorful Australian business tycoon wants to make the option a reality.

Clive Palmer, a mining magnate and conservative politician, says his long-stated wish to build a replica of the famously opulent ship is back on after years of delays.

On Monday, he announced that his cruise ship company, Blue Star Line, would establish a European headquarters early next year, most likely in Paris, to get the Titanic II onto the high seas.

“Millions have dreamt of sailing on her, seeing her in port and experiencing her unique majesty,” he has said. “Titanic ll will be the ship where those dreams come true.”

The project was originally announced in 2012, but it was suspended three years later amid a payment dispute between Mr. Palmer’s flagship company, Mineralogy, and Citic, a state-controlled Chinese company.

Late last year, a top Australian court ruled that Citic should pay the company millions in royalties from an iron ore project. The legal tangle between the two parties continues, but Mr. Palmer said the court’s ruling had spurred him to restart work on the Titanic II.

He also appointed his nephew, Clive Mensink, as the project’s European director. Mr. Mensink was previously managing director of Queensland Nickel, another of Mr. Palmer’s businesses, which collapsed in 2016. Mr. Mensink then moved to Bulgaria, and has not returned to Australia to face questioning by liquidators, leading to arrest warrants.

In a statement, Mr. Palmer said Mr. Mensink had not returned because the liquidators would not pay his travel expenses, and called him “the perfect candidate to deliver a world class experience with Titanic II.” 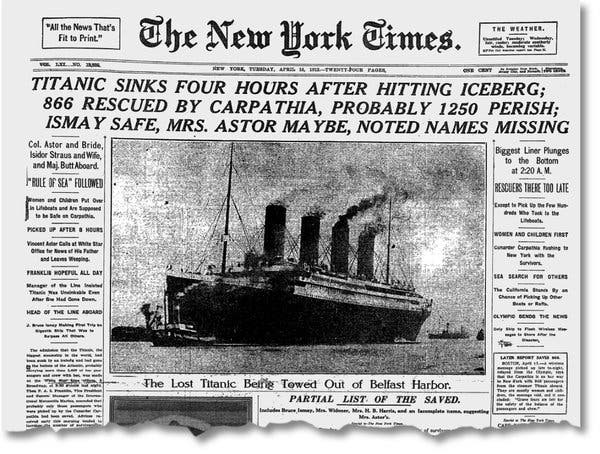 “He shares Blue Star Line’s passion for recreating the ship of dreams as a symbol of love and peace in the world, playing to the Jack and Rose in all of us,” he added, referring to the characters played by Leonardo DiCaprio and Kate Winslet in the blockbuster 1997 movie.

The company released a video rendering of the cruise ship, complete with passengers in period garb as they enjoyed the ornate formal dining rooms, a smoking room, the famed grand staircase and even a Turkish bath.

Mr. Palmer said the ship would hold 2,435 passengers in first-, second- and third-class cabins — and include more than enough room for all of them in fully enclosed, motorized lifeboats.

The original Titanic was the largest passenger liner in the world and was considered unsinkable when it hit an iceberg and sank during its first voyage, in April 1912. It had been traveling to New York from Southampton, England, with only 1,178 lifeboat seats for about 2,224 passengers and crew members. The dead numbered about 1,500.

Mr. Palmer, who recently put up billboards with the slogan “Make Australia Great” across the country and maintains a lively social media presence, said his new ship would employ modern safety and navigation methods. He said it would travel a regular London-to-New York route and make other stops around the globe, “attracting unrivaled attention, intrigue and mystery in every port she visits.”

The company had previously boasted that it received thousands of inquiries about booking, and several offers of over $1 million to travel on the ship’s first voyage.

When it was first announced, Blue Star said the ship would be built in Nanjing, China, by CSC Jinling Shipyard, a Chinese state-owned company. In 2015, The Australian reported that workers at the shipyard said they had heard of the project, but had never begun work on it.

“The Australians have used this for propaganda,” one worker said. “It will not happen.”

The company’s most recent news releases did not mention where the ship would be built.

But there is another Titanic replica being built in China, where the 1997 movie was wildly popular. It’s intended to be the star attraction of a theme park in Sichuan Province, far from the sea. It is also years behind schedule. 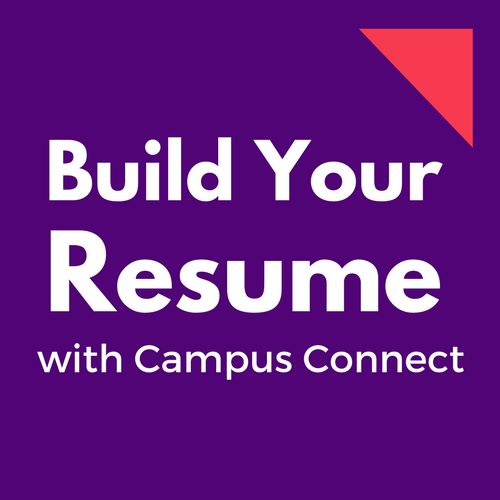